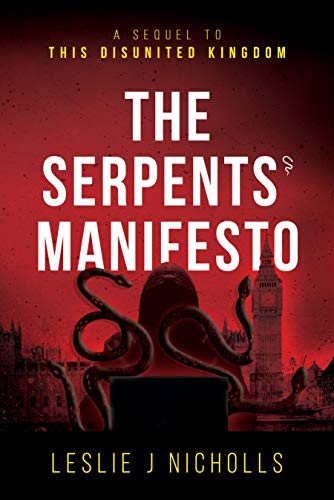 The early 2020s finds Britain staggering stoically through its post Covid hangover. Though Brexit is supposedly secured, EU trade negotiations are striding forward like a tortoise through treacle. The independent state of Scotland is bankrupt and, like Ireland, hovers on the brink of civil war. A series of bizarre, random murders rocks London sparking social media allegations of state sponsored assassination. The country under its most savage attack since World War Two, but this time, the battlefields are not beaches and borders but banks and boardrooms. Police Superintendent Sean Lakin and MI7 senior analyst Farah Karim are on the trail of the sinister Troll who has made their conflict personal. As the Westminster government desperately clings to its slender grip on power, political tensions in Ireland take a tragic turn with calamitous consequences.
Against instinct and instruction, Lakin and Karim are drawn into a perplexing conspiracy that not only costs lives, but cuts right to the core of the country’s sovereignty and democracy. The architects of this conspiracy have carefully designed a new world order and nothing will stop them from building it.
HAS THE FLUTTERING OF A BAT'S WINGS IN WUHAN CREATED A GLOBAL TSUNAMI TO DELUGE WESTERN DEMOCRACY?